The Truths About Diapers

For new mothers, diapers can be described as a great invention. According to Dr. Huang's mother, Dr. Huang still used cloth diapers when he was a child, and washing cloth diapers in winter is a nightmare for parents...

With the popularity of diapers, parents have saved a lot of time, but the accompanying drawbacks have gradually been criticized, but some pots should not be carried by diapers. Let's take a look.

1. Are diapers the culprit of the baby's red ass?


There are many reasons for the baby's red buttocks, such as: prolonged skin contact with urine and feces; excessive moisture; excessive friction; bacterial infection; diaper material allergies, etc. You can't simply think that the baby's red butt is the fault of diapers, but when buying diapers for your baby, you must choose a big brand, good material, and inferior diapers will indeed lead to your baby's red butt.
Dr. Huang's tip: dry the baby's buttocks when changing diapers, touch some diaper cream or olive oil, etc., and then wrap the diapers, which can effectively prevent the occurrence of red buttocks.

2. Will wearing diapers cause O-legs?


There are two main reasons for O-shaped legs, one is genetic inheritance, the other is calcium deficiency and rickets, which has nothing to do with diapers. In fact, the newborn baby's legs will be slightly bent. As long as the three joints of the hip, knee and ankle are in a straight line, it is normal. When the baby grows up, it will naturally straighten.


Whether it is a boy or a girl, the use of diapers will not cause an increase in the temperature of the perineum, because the diapers themselves do not generate heat. Diapers do not have an airtight film layer, and heat can be dissipated. As long as they are replaced regularly, there is no problem.

4. Will diapers affect the ability to go to the toilet independently?


Most children show an interest in "going to the toilet" around the age of 2, but some children have to wait until they are 2 and a half years old or even older. It doesn't mean that the baby won't go to the toilet by himself because he wears a diaper. 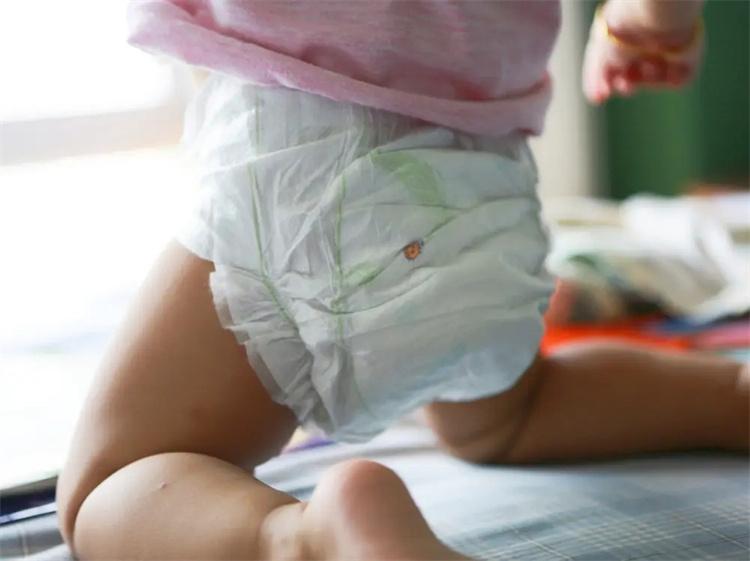 5. When should diapers “quit”?


Because the timing of "quitting" diapers is different for each baby, we advocate natural quitting and do not require early intervention.
A study by the American Academy of Pediatrics shows that children's excretory control muscles generally reach maturity between 12 and 24 months, with an average age of 18 months. In general, as long as the child is physiologically mature enough, it is a good time to "quit" diapers. For example, he has been able to sit firmly on the toilet, can express his physiological needs, and knows to take off his pants to defecate.

So, as a rule of thumb, parents can:
Before 1 and a half years old: try to use diapers, so that the baby can urinate and urinate as he wants, without causing psychological burden, and can sleep well.
1 and a half to 2 years old: You can try to remove diapers during the day and train your child to urinate into the potty or toilet; you still need to use diapers at night, and gradually remove nighttime diapers as your child’s ability to control urine increases. Before that, nighttime toilet training is required.
Before 3 years old: Although you cannot completely learn to urinate and defecate independently, you can develop a good habit of urinating and defecation. It is best to stop using diapers after the age of 3, especially before going to kindergarten, you can learn to urinate and defecate independently.