Nappies are now a must-have for families with babies as they absorb the baby's urine and provide a more comfortable and dry environment. However, there are many different types of diapers on the market, from different brands and using different nappy materials. That's why it's important to correctly differentiate between the various nappies and choose the best one for your child. So how do you distinguish between hot air nonwovens and spunbond nonwovens?materials used in diapersWhat is a hot air base film?

Hot air underlay refers to a type of diaper bottom, which is also divided into several types.

A. The best diaper bottoms are hot air bottoms and hot air non-woven bottoms, which provide better ventilation and effective relief from sweltering heat. The hot air bonding process is a production method that uses hot air on the drying equipment to penetrate the fibre web to make it melt with heat and produce bonding, so that the diaper bottom film has more characteristics such as high fluffiness, good elasticity, soft feel, warmth, breathability and water permeability, etc. And this hot air bonded product with its unique style is also widely used in the manufacture of disposable products, such as baby diapers, adult care pads and feminine hygiene products. fabrics. Bebe Life Diary diapers are made using this base mould, which makes the nappies more breathable.

C. Super soft base film, crystal super soft velvet base film for example, it is more delicate wool surface, feel better. The density between the fibres is higher, the gross three-dimensional sense is strong, the appearance is beautiful, compared to the original super-soft, the gloss is higher, the feel is softer and thicker, warm and smooth, fine texture, environmental protection, etc., but the disadvantage is also that after absorbing too much urine from the baby, it is easy to deform and wrinkle.

D. PE base film, i.e. polyethylene base film, is a base film made of PE film, which is moisture-proof but not breathable. The first generation of nappies used PE film, so the chance of a baby having a red bottom is very high! This film has been eliminated by the nappy industry, but of course some mums and dads buy low quality nappies in order to get a cheaper price, regardless of their baby's health. 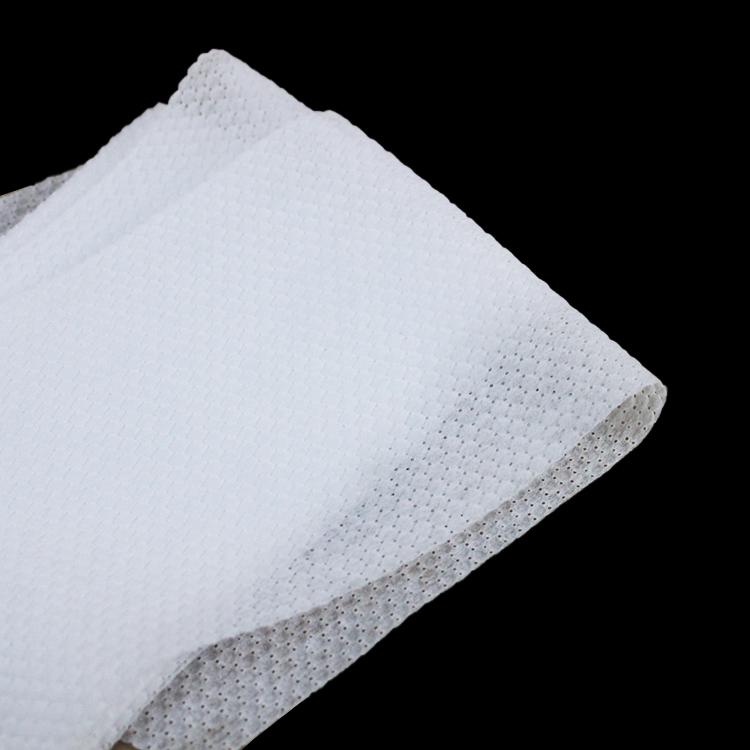 2. How to distinguish between hot air non-woven and spunbond non-woven materials used in diapers

B. Gently tug: If you get the diaper, gently pull the surface layer of the nappy, the hot air non-woven can easily pull out the silk, if it is spunbond non-woven, it is difficult to pull out the whole silk.

C. In fact, no matter how you say it, babies are not used to wearing diapers and are uncomfortable. Mothers can compare themselves to the experience of using sanitary napkins. So when mothers choose diapers for their babies, they must choose soft and comfortable ones so that the baby's comfort will be enhanced!

D. It is known that in order to be able to promptly disperse the stuffy moisture generated inside the baby while wearing the diaper, the microfiber hot air non-woven fabric process is used. This process can play a better role of breathable ventilation and can effectively relieve the stuffy and wet environment of the baby's farts, which greatly reduces the possibility of red farts occurring, while the bottom film feels softer and achieves 0 friction in contact with the baby's skin.